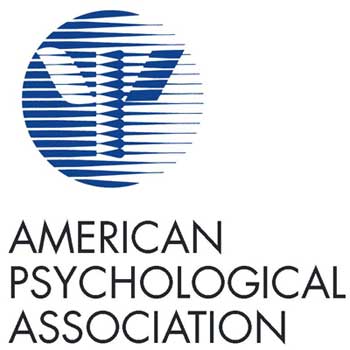 The American Psychological Association (APA) has announced that it will become the new publisher of the journal Evolutionary Behavioral Sciences (EBS), beginning with the first issue of 2014. This quarterly journal, formerly known as the Journal of Social, Evolutionary, and Cultural Psychology, publishes articles that advance the study of human behavior from an evolutionary perspective, with an emphasis on scholarly work that integrates evolutionary theory with other approaches and perspectives from across the behavioral sciences.

The journal is now accepting submissions. It focuses on scholarship that explores the role of evolved mechanisms in real-world phenomena, the consequences of evolved behavior for the patterns and structure of society, and the interplay between evolved psychological mechanisms and cultural influences on behavior. It publishes both empirical and theoretical manuscripts, and welcomes qualitative, quantitative, and mixed-method approaches. The editors also seek articles that translate evolutionary reasoning into implications for policy and practice.

Evolutionary Behavioral Sciences (EBS) is the official journal of the NorthEastern Evolutionary Psychology Society (NEEPS), the first regional affiliate organization of the Human Behavior and Evolution Society. NEEPS was created to facilitate interactions among scholars who study psychological questions from an evolutionary perspective. It includes scholars from a wide array of academic disciplines, including anthropology, biology, sociology, and literary studies, in addition to psychology.

The Editor of EBS is Dan O’Brien, PhD, who is the Research Director of the Boston Area Research Initiative at Harvard University’s Radcliffe Institute for Advanced Study. The journal’s Associate Editors include Aurelio José Figueredo, PhD, of University of Arizona; Andrew Gallup, PhD, of Bard College; Peter Jonason, PhD, of University of Western Sydney; Satoshi Kanazawa, PhD, of London School of Economics and Political Science; and Catherine Salmon, PhD, of Redlands University. Pedro Wolf, PhD, of the University of Cape Town is Book Review Editor.

Articles published in the Evolutionary Behavioral Sciences will also be available through PsycARTICLES®, the most used full-text database in psychology and one of the most popular databases in all scholarly disciplines and fields. PsycARTICLES is available to a global audience of nearly 3,200 institutions and 60 million potential users.

Prospective contributors and subscribers are encouraged to visit the journal’s homepage:http://www.apa.org/pubs/journals/ebs

About the American Psychological Association and the APA Journals Program

The American Psychological Association (APA) is the largest scientific and professional organization representing psychology in the United States and is the largest association of psychologists in the world. For more than 75 years, the APA Journals Program has been dedicated to advancing psychology as a science and as a means of promoting health, education, and human welfare by disseminating knowledge through an extensive publishing program. For more information, visit www.apa.org.